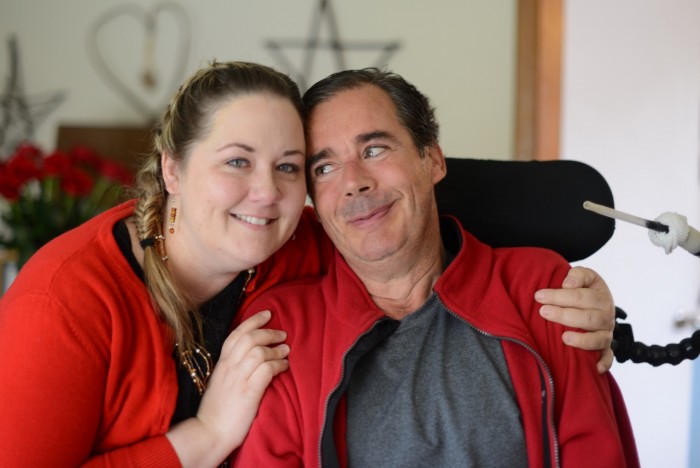 As cliché’ as some may feel it is to say, I think it true that everything happens for a reason. People come into our lives exactly when they are meant to, and we travel the path and fulfill the purpose meant for each one of us.

I’m “that girl” who worked on “the book” with Kevin Pollari. It was an unexpected project that grew into an unexpected friendship. I feel blessed and grateful.

For two-and-a-half years as Kevin and I talked about and analyzed his life figuring out how to best tell his story, there were two things that were most important to him. The first, that through his life story we provide hope to others for the journey they are on. The second, that we share the extraordinary experiences that can happen to everyday people if we only pay attention, and in some cases, are willing to do the work and/or hard thing(s).

In our time together, Kevin and I discussed most things from his childhood to the current date we were working on through the early months of 2016. In addition to focusing on the body and what Kevin had done to slow his ALS progression, we also discussed the mind and the power of thoughts, and the spirit and soul and the necessity of well-being. It really was quite a gamut that we covered, and there was one story that he told me over and over again. That, of course, was what he called his “Glimpse of Heaven.”

For an entire year I agonized over how exactly to capture that single experience in sentences; how to write it out in words that were worthy of and expressed appropriately how impactful and important this one moment was in this man’s life. At the age of 43, his sister Annie dying of ALS, his marriage on the rocks, and his life engulfed in the unending stress of being a top salesman, Kevin’s “Glimpse of Heaven,” to him, was how God met him in the depths of difficulty and spoke to him in a way that he would hear Him. It is the moment that Kevin came to believe extraordinary things can happen to an ordinary guy just like him. I smile, loving the fact that Kevin throughout his entire life considered himself “just an ordinary guy.”

So this Glimpse of Heaven? It was a game-changing experience for Kevin.

The first thing that happened was that a man said to him, “Kevin, you’ve won!” Kevin had no idea what he had won, but he had this feeling that it was big and it came with big responsibilities.

The second thing that happened was that he was somewhere clear and bright and light, in a space, a gathering, with a large group of souls and he felt . . . he experienced this overwhelming sensation of unconditional love; of being known – every good thing he had ever done, every bad – and being fully loved and free of judgement anyway.

He never felt words completely captured that true unconditional, overwhelming love and peace feeling that washed over him during that experience. But we certainly tried.

The third key thing that occurred was this feeling of being lucky for what he was experiencing despite not totally understanding it. It’s so interesting to think how many times in life we don’t completely get something or understand it, so we become frustrated with it or disregard it instead of feeling lucky to be experiencing it at all.

Another key piece for Kevin in this “Glimpse of Heaven” was that he came to feel and know what truly mattered to his soul was love, compassion and service. That those three things are what are important and what he needed to focus on. Isn’t that fascinating? Love. Compassion. Service.

The last thing that Kevin experienced in his “Glimpse of Heaven” was a “glowing gal” who showed him this staircase to an illuminated area that Kevin called the “God light” and just beyond that light was the doorway to Heaven. As this “glowing gal” showed this to Kevin, who wanted to go to that light and doorway, she told him he could not, explaining, “Your work isn’t done yet.”

Your work is not done yet.

For the past 12 years Kevin reflected on that single moment, that “Glimpse of Heaven” experience, and what it all meant. And He did a lot of hard work in his own life – body, mind and spirit – and in the lives of others.

Through this book project and our time together, Kevin helped me to become a better writer, a better wife, a better mother, a better friend, a better person. I learned to acknowledge my own shortcomings, to focus on not taking things for granted, to quickly apologize if there was a need, and to embrace letting go of that which does not have a positive impact or purpose in my life. That includes people and places and things.

Kevin taught me the importance of having your voice heard, the joy of loving yourself and believing in the gifts you have to give, and the possibilities that exist when you are truly able to trust and be a part of a team.

In addition to writing out Kevin’s “Glimpse of Heaven” for people to read, he had a great desire for there to also be a painting. That required an incredible day of two women willing to be transparent and authentic, confessing their thoughts and fears and hopes and dreams with one another, creating a space for God to show up and craft a partnership and friendship and faith journey unlike anything either of them had known or witnessed.

Jessie DeCorsey joined Kevin and I in “the book project” in January of 2015, and there was a shift in the project and all of its people. Her painting became one of Kevin’s favorite images, which he looked at daily, and the cover of “A Seeker’s Harvest,” our book.

The entire process of it all came to anchor my faith and be a great reminder that in the darkest trenches and deepest valleys, God shows up and provides hope speaking to us in ways we oftentimes do not expect, through people and moments we often did not anticipate. We need only to believe that He is so big and so powerful incredible, unexplainable things can happen to everyday ordinary people, and anything is possible when we have faith. There is no need to listen to ney-sayers. There is no need to question if we are worthy or ask why it is we have been chosen for the path we are on or the purpose we have been given. We are called to shine our brightest light knowing there is no one else exactly like any one of us out in this world doing exactly what any one of us is doing.

I believe in the end Kevin did just that: he learned to have great faith in God, believe in his incredible purpose and path, and shine his brightest light in this world.

When Kevin asked me if I would speak at his life celebration memorial service, I said I would, and then he gave me that look he often gave me, raising his eyebrows, looking to the side before he looked at me and said, “Five minutes.”

I know I’ve surpassed my five minutes, and he would expect that. And What I love about that is that my friend Kevin knows me. He knows me, and he loves me exactly the way I am, and that is a wonderful, unforgettable gift.

So choose to empty the contents of your soul. Love BIG and fierce with all the passions in your heart. Live your life fully – every minute, every second, every day leaving no regrets and knowing God has got this. Be daring and adventurous and live like you are dying. Because the good lives we live matter. The things we do and say make a difference. And the wonder that God has a much greater plan and is capable of something more amazing and more beautiful than any one of us could imagine is magnificent. I’m so thankful my friend Kevin could remind me of that.

A special thank you to Jessie DeCorsey for the two photos of Kevin and I.